Accueil - Highlights - Cubic or hexagonal? How to control the crystalline phases of GaAs nanowires on demand

Cubic or hexagonal? How to control the crystalline phases of GaAs nanowires on demand

Self-assisted GaAs nanowires exhibiting a pure wurtzite segment of more than one micron long were epitaxially grown on Si(111) substrates, thanks to a real-time control of the growth parameters and a monitoring of the evolution of the crystalline phase.

The GaAs nanowires exhibit two specific crystalline structures: the Zinc-Blende (ZB) phase and the wurtzite (WZ) phase, corresponding to the cubic structure and the hexagonal structure, respectively. The ability to control these different structures recently appeared as an important milestone in the integrated silicon photonic. The growth of the different crystalline phases being directly linked to the wetting angle β formed by the Ga liquid catalyst at the top of the nanowires, we managed to maintain this angle in a specific regime leading to the growth of WZ, typically for 100° < β < 125°[1]. Here, the crystalline structure of the nanowires was controlled through a precise tuning of the Ga and As fluxes sent on the substrate, and monitored in real-time by a reflective high-energy electron diffraction (RHEED) system. The extended WZ segment thus formed was confirmed and characterized by scanning transmission electron microscopy (STEM). The growth of a pure WZ segment (1 – 2 µm) in self-assisted GaAs nanowires was thus carried out on Si(111) substrates by a VLS-MBE process[2].

The successful control of the crystalline phase of self-assisted GaAs nanowires serves as a building block for the growth of direct band-gap hexagonal Ge. 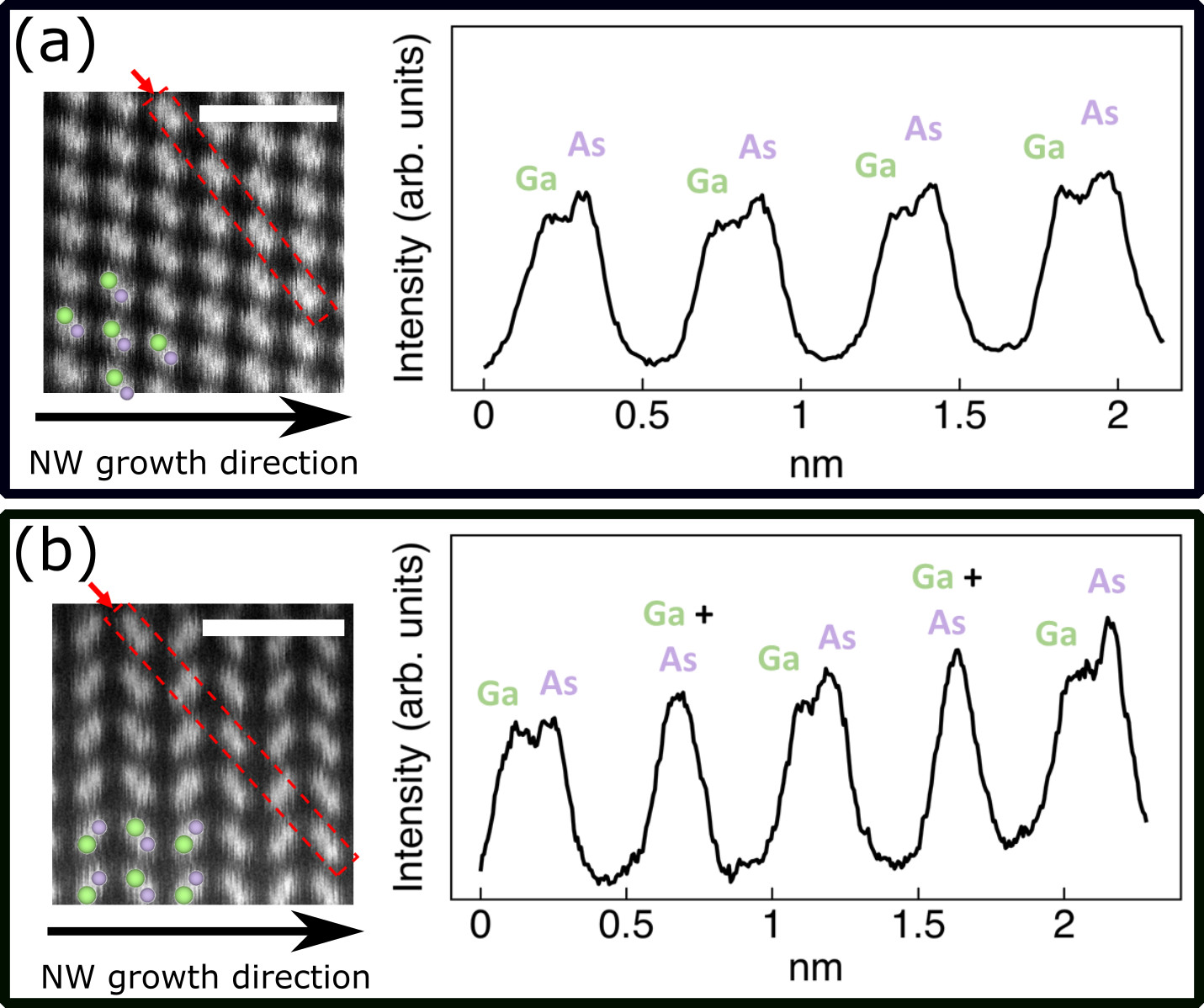 Figure 1: High-resolution STEM-HAADF images and intensity profiles of (a) a ZB segment and (b) a WZ segment. Scale bars are 1 nm. The ZB and WZ structures are observed in the [ ] and [ ] zone axis, respectively.